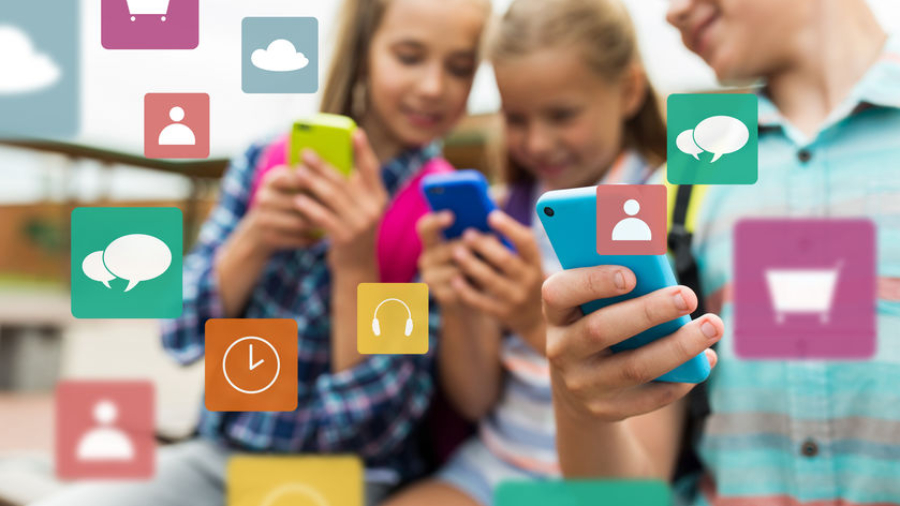 Digital technologies have become ubiquitous and part of everyday life. What was previously regarded as science fiction, just a couple of decades ago, is now taken for granted, such as smart phones, global information networks and virtual reality.

Simultaneously, societies are becoming ever more dependent on digital technologies, and this reliance has become ever more prominent in the light of the COVID-19 pandemic. As a result, society is becoming increasingly digitalised and connected, with mobile ICTs and algorithms mediating many aspects to one’s daily activity.

Together with partners from the EU-funded DIGYMATEX Project, Annemijn Hofstede, Franziska Laaber, and Arnd Florack from the University of Vienna took a psychological view on the use of digital technology.

The widespread societal shift towards digitalisation and the adoption of mobile ICTs has inevitably influenced children of the modern age as well.

In fact, the share of children aged 5 to 15 years owning tablets and smartphones in the United Kingdom sat at 93 percent in 2019 (Statista, 2020). Further, the average 8- to 10-year-old spends almost 8 hours a day with a variety of media (Strasburger, Wilson, & Jordan, 2013). Such considerable figures are indicative of a technological boom among children.

With this expansion of technology use, children in this era, have been exposed to digital technologies for their entire lives and are the most frequent users of emerging online and digital services. More importantly, they have become “connected” in different contexts that expand outside the home environment, including school contexts and other social interactions. Children are more connected than ever.

To combat such ambiguous and novel fields, we turn to research on the development of personality (Bleidorn, 2015) and psychosocial maturity (Greenberger, 1984; Griffin, Adams & Little, 2017; Sheldon & Kasser, 2001; Westenberg & Block, 1993) and integrate societal expectations and psychological views of an individual.

According to our approach, digitally mature individuals are characterized by the ability to grow and to maintain themselves in a digital environment as well as by the ability to build and maintain effective interpersonal relationships and interact adequately with others.

In essence, digitally mature individuals can take on obligations and make responsible decisions by considering one’s own needs and the consequences of one’s own actions while using information communication technology as an effective tool. They pursue autonomously their own needs and not the goals set by the digital environment. They can control temptations and distractions, which are omnipresent in the digital world.

In our conceptualization of digital maturity, we stress the link between an individual’s development and adequate functioning in society at large. This posits that psychosocial maturity is not only based on the ability of individuals to satisfy their own needs, but also their striving attempt to accomplish their need satisfaction without impeding the need satisfaction of others.

This focus on needs has been described as an essential contribution to human motivation and personality (Deci & Ryan, 2000). And finally, to form sustainable relationships with others and to contribute to a positive development of other individuals and the society.

Such a concept is in line with other developmental theories, which we further refer to. Namely, Erikson’s theory of identity development, which recognizes the importance of both the consistently changing environmental demands and the individual needs of the child (Erikson, 1968; Schachter & Galliher, 2018).

In the course of developing an understanding as to how children can be defined as mature individuals in a society that has recently adopted a technological stance, the idea of psychosocial maturity has thus been applied to our concept of digital maturity. This was performed as we expect that relevant developmental processes of individuals also expand to the way in which children learn how to efficiently interact with technology, especially in a society where a child’s interaction with technology is unavoidable.

Therefore, the EU-funded DIGYMATEX Project has considered it relevant to apply the concept of psychosocial maturity to the digital world, as it combines developmental goals on the level of the individual and in relation with the newly established digitalised social environment. As a result, we formulate this concept of digital maturity, and consequently aim to provide evidence-based tools to assist us in understanding and determining this concept at an inter-disciplinary level for the duration of the project.